Currency - All prices are in AUD

Currency - All prices are in AUD

Melinda shared the story of this lovely young lady and her first quilt! Dylan received a sewing machine for Christmas last year, and has been coming to Melinda's studio since January to learn to sew. She turned 10 in late spring and has made lots of small items. They decided a great summer project would be for her to make a quilt! 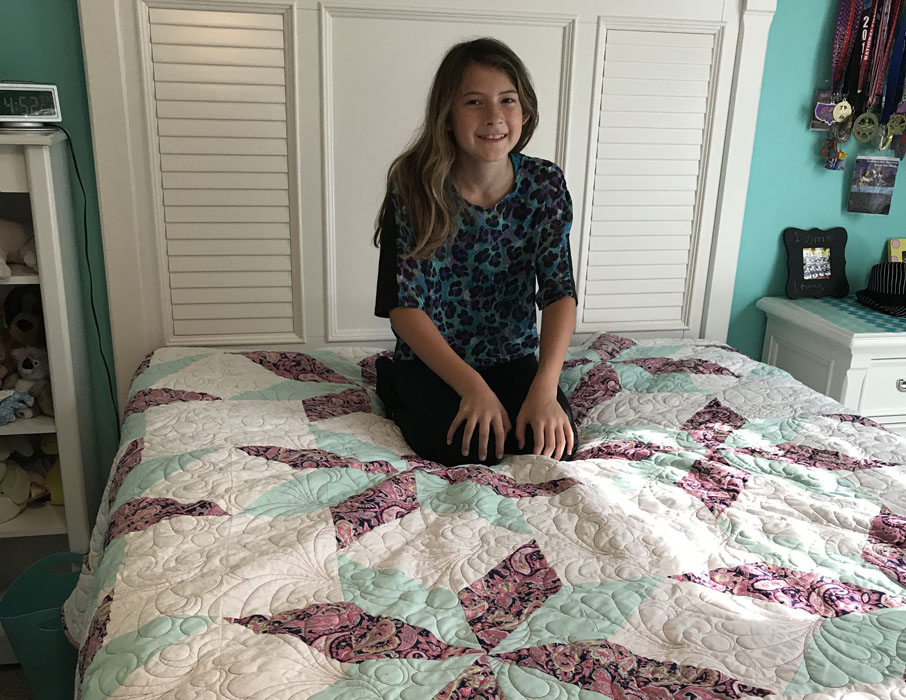 Dylan chose Big Star by Jenny Doan and then shopped for all her fabrics. She put the entire top together and Melinda quilted it for her. Her choice of designs was Fast Feathers Edge-to-Edge. Melinda enlarged the pattern slightly and used ten stitches per inch, since Dylan had chosen navy blue minky dot for her backing. Of course, being 10 years old, the thread had to be hot pink! 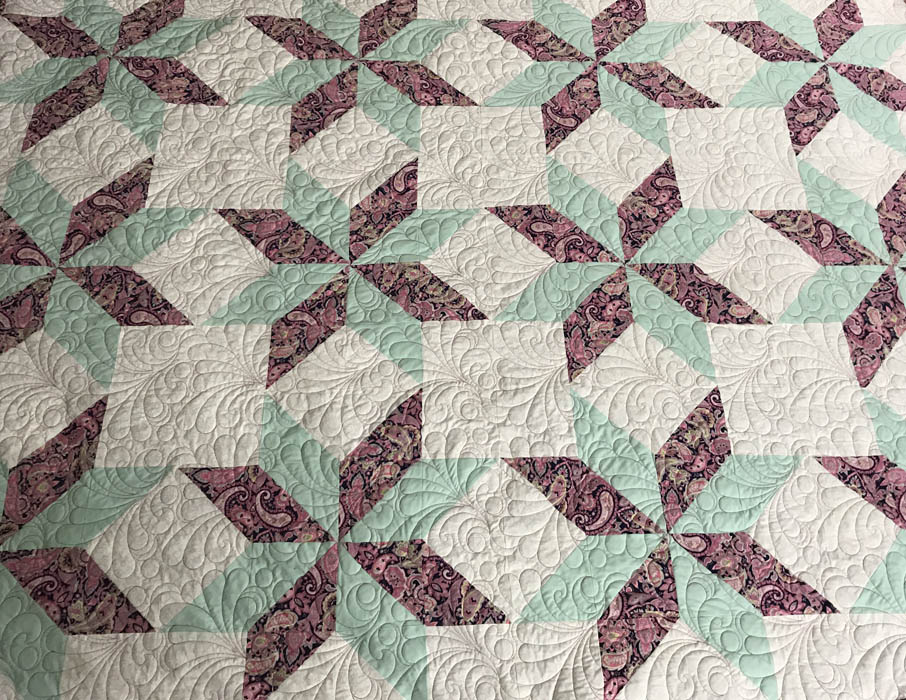 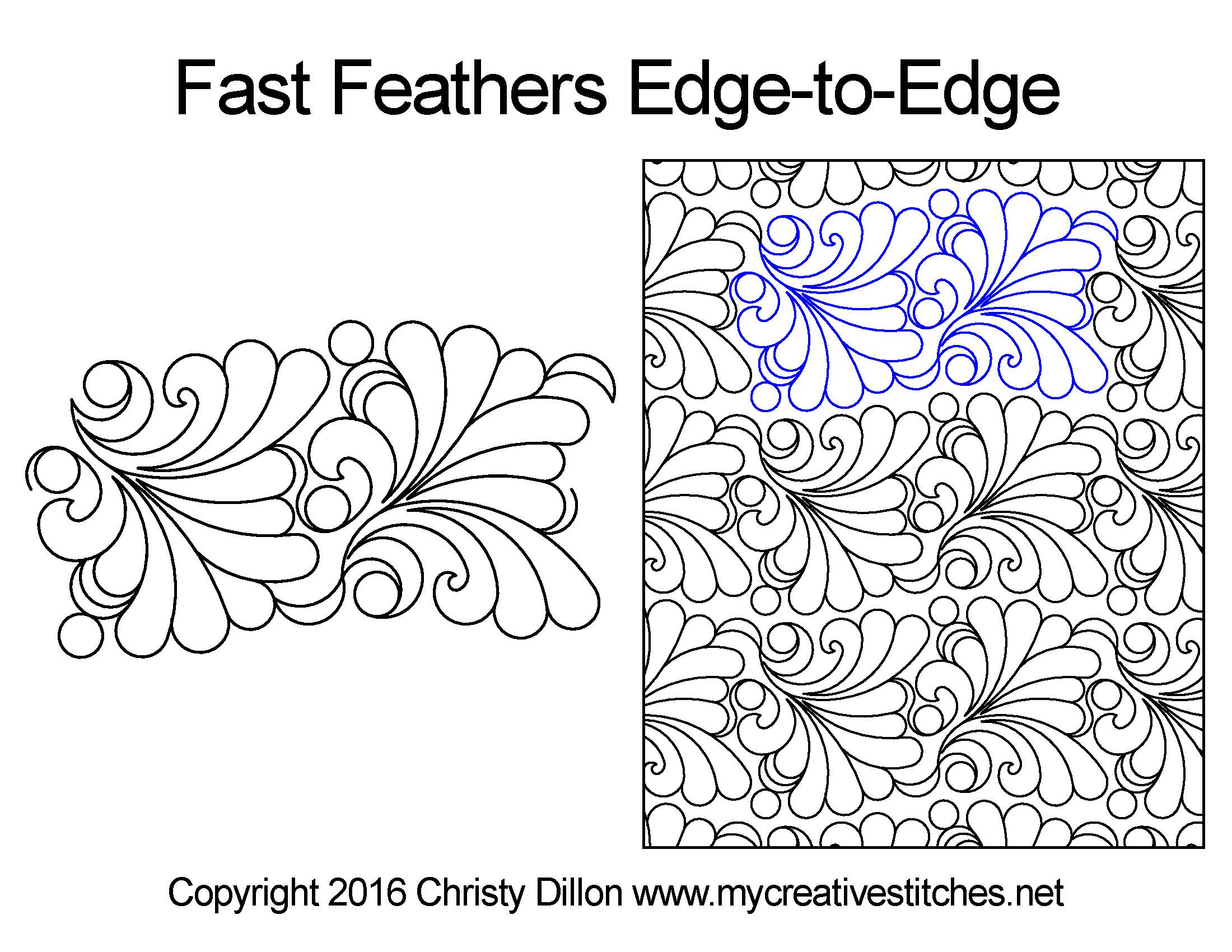 We'd like to say thank you to Melinda and Dylan for sharing their beautiful work! We were floored by how beautiful Dylan's first quilt turned out, and look forward to seeing her future projects!

And we love the idea of getting kids involved in quilting! Christy Sr is currently making a quilt with her oldest grandson, Davin. To make it fun, they chose Star Wars fabric and a simple pattern, the Wonky Trim Square by Creative Grids. The same pattern we used to make our Pokemon quilt!